Supernova Milestone #1 development is complete - and the Supernova public testnet is officially live! Learn about Milestone #2 and our path towards this explosive upgrade. 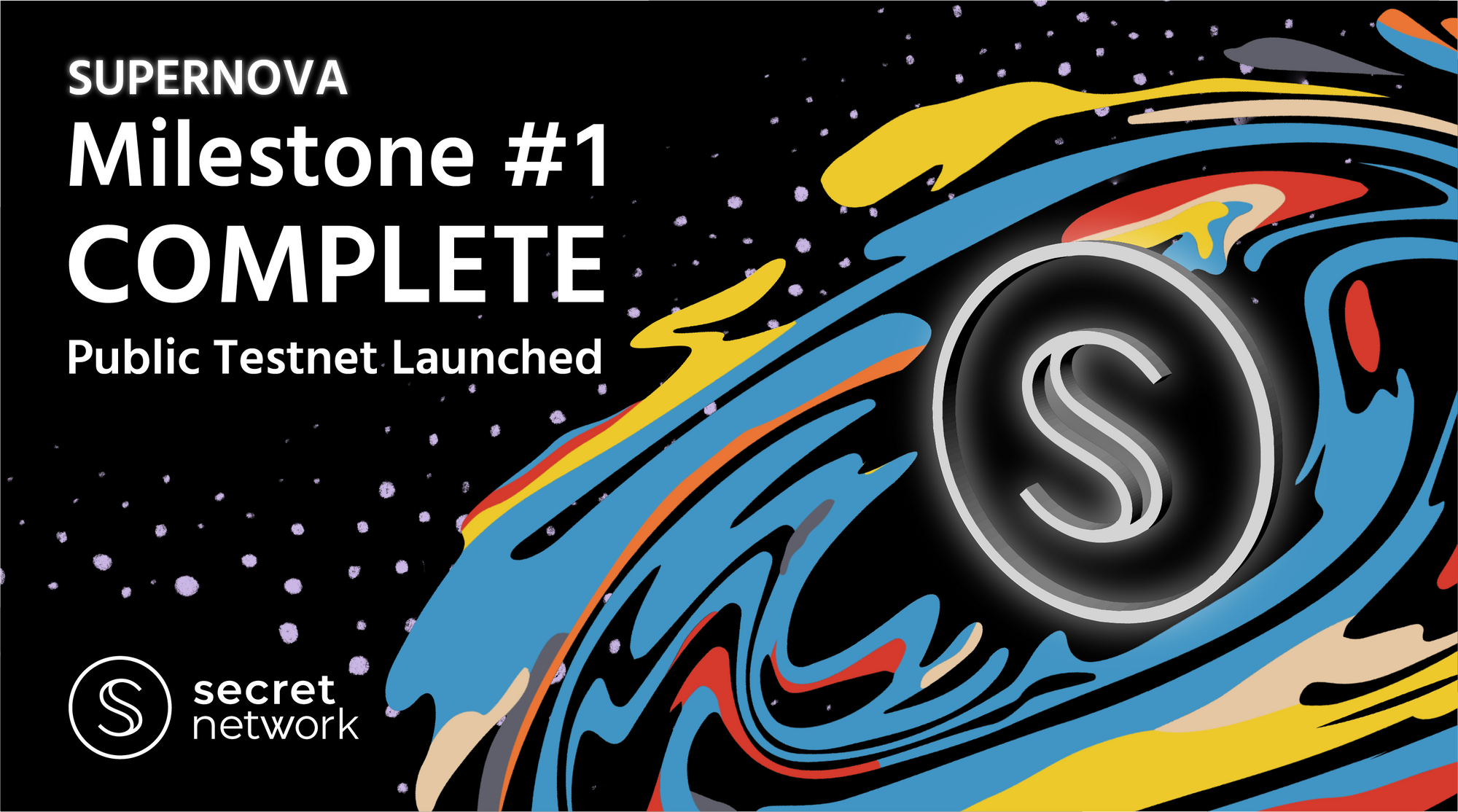 Two weeks ago it was announced that Secret Network would begin the process of  undertaking its most ambitious upgrade to date - Supernova. Upon completion of the Supernova upgrade, which will include the introduction of IBC, Secret Network will be directly connected to blockchains across the Cosmos ecosystem. This upgrade extends the power of our existing Secret Bridges, including from Secret Network to Ethereum, BSC, Monero (mainnet); Terra, Polkadot (testnet); and more to come!

The core development team at Enigma has been hard at work with the Supernova upgrade which consists of three distinct phases of development. Today we are excited to announce that Supernova Milestone #1 has been completed. Furthermore, the Supernova Public Testnet is officially live for the Secret Network community!

The Supernova upgrade will enable SCRT to interact with cross-chain Cosmos dApps (such as Osmosis & Gravity DEX). Additionally, IBC tokens will benefit by being convertible into privacy-preserving Secret Token equivalents. Alongside Supernova will come new Secret applications launching on mainnet, new partners and collaborators, and millions of new possibilities for users and developers.

Supernova marks a massive turning point for Secret Network, cementing its position as the data privacy platform for the decentralized web by unlocking the next phase of growth, adoption, and utility for Web3. We currently expect the Supernova mainnet upgrade to occur in October 2021 - so keep an eye out on our blog and Twitter for more updates and opportunities as the date approaches!

With the successful completion of Milestone #1, the core development team has officially released the Supernova public testnet. This is a key step for empowering node-runners/validators and developers to experiment with the new features, set-ups, and interfaces that are made possible by Supernova. A range of Secret Applications and their respective developers are excited to use the new functionality enabled by the public testnet; stay tuned to learn more about the amazing use cases and products on the way.

The core development team is now working on Milestone #2 which is focused on integration of the new IBC modules into Secret Network. With successful integration of the IBC modules, SCRT will be usable in cross-chain Cosmos applications such as Osmosis and Gravity DEX. Additionally, Secret Network is bringing privacy directly to the entire Cosmos ecosystem. The following are the primary tasks of Milestone #2:

We’ll continue to update the community on our progress towards Supernova. In the interim, get started today by contributing directly to Secret Network and the community. Become a Secret Agent, build Secret Applications, run Secret Networks, and help create and secure the privacy platform for the decentralized web.

There’s never been a more explosive moment to start building alongside us.

Learn about building at: https://build.scrt.network

Learn about Developer Grants at: https://scrt.network/blog/announcing-secret-network-grant-program