April was a busy month for Secret Network, from new partnerships to Kevin Smith announcing the "Killroy Was Here" NFT collection! 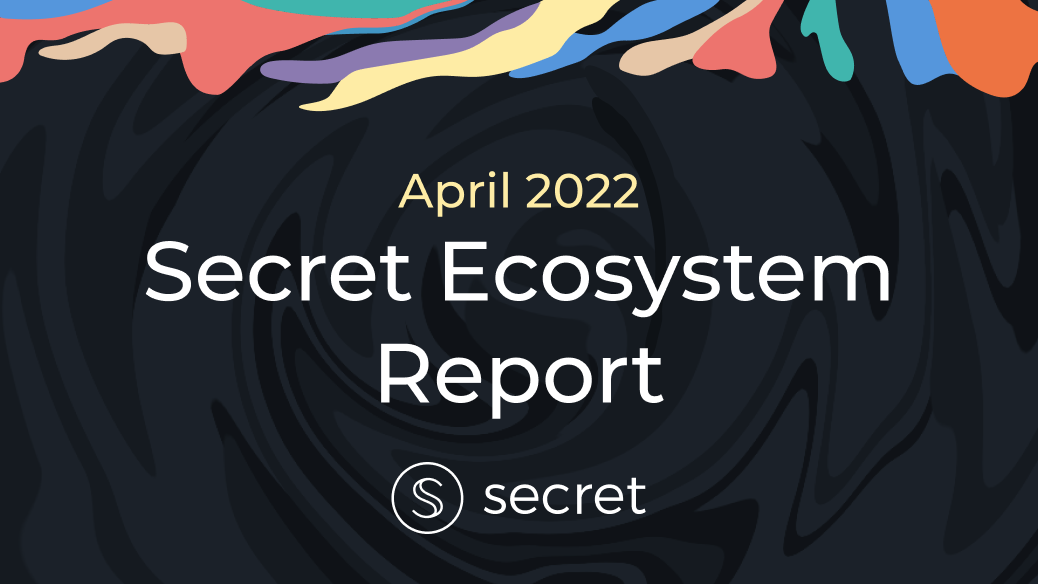 This post will go over all of the Secret Network happenings for April 2022.

But Shockwave announcements weren't the only thing that happened last month. April saw the launch of SiennaLend, exciting partnerships, the release of the stkd-SCRT derivative, and famed director Kevin Smith minting the first full-length film as an NFT on Legendao. Keep reading to learn more!

Acclaimed director Kevin Smith announced that he and Legendao are distributing the FIRST feature film minted as an NFT, and it's all powered by Secret!

Directed by Smith, "Killroy Was Here" is a throwback anthology horror film featuring a mysterious entity that kills evil adults at the behest of victimized kids.

The Secret community is ecstatic to welcome Kevin Smith, and from the sound of it, he's pretty excited too!

We're not the only ones paying attention. As TechCrunch points out, public-by-default blockchains have adopted many traditional financial instruments, but most DeFi projects have forgotten about a crucial part of financial transactions: privacy. In public-by-default DeFi, the details of such a transfer are visible to everyone.

Check out the SiennaLend Secret Feature for all of the project details!

Hydro.finance, an automated market maker and DAO built on Secret, made a huge splash this week by releasing important application details and features. If you're interested in DeFi on Secret, take a deep dive into the newly released Hydro Whitepaper!

Shockwave Alpha is coming on May 11. Learn everything you need to get ready for the mainnet upgrade!

The massive progress in April is right in line with the expected launch of Shockwave. With more products being funded and built, more creators launching on Secret Network, and more supporters and partners than ever helping to ensure our global growth, the future has never been brighter for Web3 privacy.

If you’re a developer, you can also read through our latest announcements about the new $225M Secret Ecosystem Fund, which contains details on connecting with the SCRT Labs team and the rest of our developer ecosystem. Additionally, check out Secret Network grants and get started building today!

If you’re passionate about ensuring Web3 users have the data privacy protections they need and deserve, become a Secret Agent. Our mission is to make sure the decentralized web we’re building genuinely empowers - and one that is accessible to all.