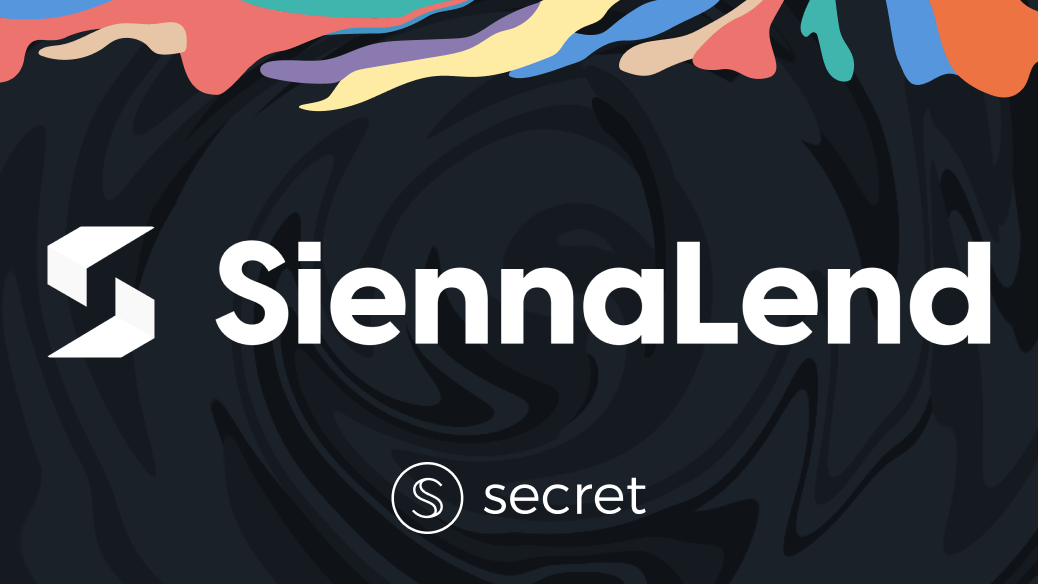 Decentralized Finance (DeFi) is at a critical juncture in its evolution. DeFi could either remain a niche in the global financial system, or mature and become a formidable alternative to traditional finance. In order for the latter to happen, we firmly believe that DeFi needs to provide viable solutions for 3 distinct barriers to mainstream adoption:

DeFi solved the problem of accessibility in its initial iteration by granting anyone with an internet connection access to this new permissionless financial system. Interoperability was a major initial hurdle, but substantial progress has been made on this front with the introduction of interoperable cross-chain DeFi protocols and bridges. That leaves us with the main barrier standing between DeFi and mainstream adoption—privacy (or lack thereof).

DeFi has not been able to produce any solutions to address its inherent lack of privacy and public-by-default nature—until now. Sienna Network initially began solving the DeFi mainstream adoption triad (accessibility, interoperability, and privacy) with the release of SiennaSwap (a privacy-first, frontrunning-resistant AMM) back in October of 2021, and SiennaLend is the next step on this quest. SiennaLend—the first-ever private DeFi lending protocol (and the first to enable permissionless Bitcoin and Monero lending)—is launching on April 29th.

To fully comprehend the significance of privacy for the mainstream adoption of DeFi, it is important to analyze the role that privacy occupies in the traditional financial system. When you transfer money from one bank account to another (often perceived as being from one person to another, even if it technically is not), the details of the transfer are visible only to you (the sender), the receiver, and the financial institution processing the transfer.

In public-by-default DeFi, the details of such a transfer are visible to everyone. Rudimentary chain analysis is all that is needed to link you to a specific address, which can then be tracked freely. The same is true for lending. In the traditional financial system, the details of a loan are visible only to the financial institution issuing the loan, and the person receiving it. DeFi users should be awarded this same level of privacy and data protection. DeFi should not be a zero-sum game in which users must sacrifice their privacy in order to play.

In addition to being a necessary prerequisite for meaningful mainstream adoption, privacy has substantial implications for DeFi on a technical level. In the case of lending on public-by-default DeFi protocols, the details of users’ DeFi loans are public and easily traceable by anyone, and bad faith actors can use this information to manipulate market conditions in their favor, at the expense of unsuspecting users (causing manipulated liquidations, unfavorable funding rates, and so on). SiennaLend solves this.

To use SiennaLend, users can utilize the IBC/ETH/BSC/XMR bridges to convert their tokens into privacy-preserving secret tokens. These private tokens must be used to interact with Sienna’s DeFi applications. To begin borrowing, users will first need to provide liquidity for a lending pool (or multiple lending pools). Users can then select a desired percentage of their provided liquidity to deposit as collateral. Users continue earning yield on their liquidity even when it is being used as collateral for a loan, and are able to privately borrow up to a maximum of 80% of their provided collateral USD value. SiennaLend utilizes a variable interest model and an over-collateralized model for loans. Users can immediately begin earning interest upon providing liquidity for a lending market.

SiennaLend will support the following tokens at launch:

SiennaLend will launch on April 29th!

Sienna is a cross-chain, privacy-first decentralized finance protocol built on Secret Network, that enables trust-less financial instruments, such as trading and lending with complete privacy for multiple blockchain ecosystems. Privacy, both for individuals and organizations, is required by law and should at all times be treated as a fundamental human right. Sienna is on a mission to protect your privacy and PII (Personally identifiable information).