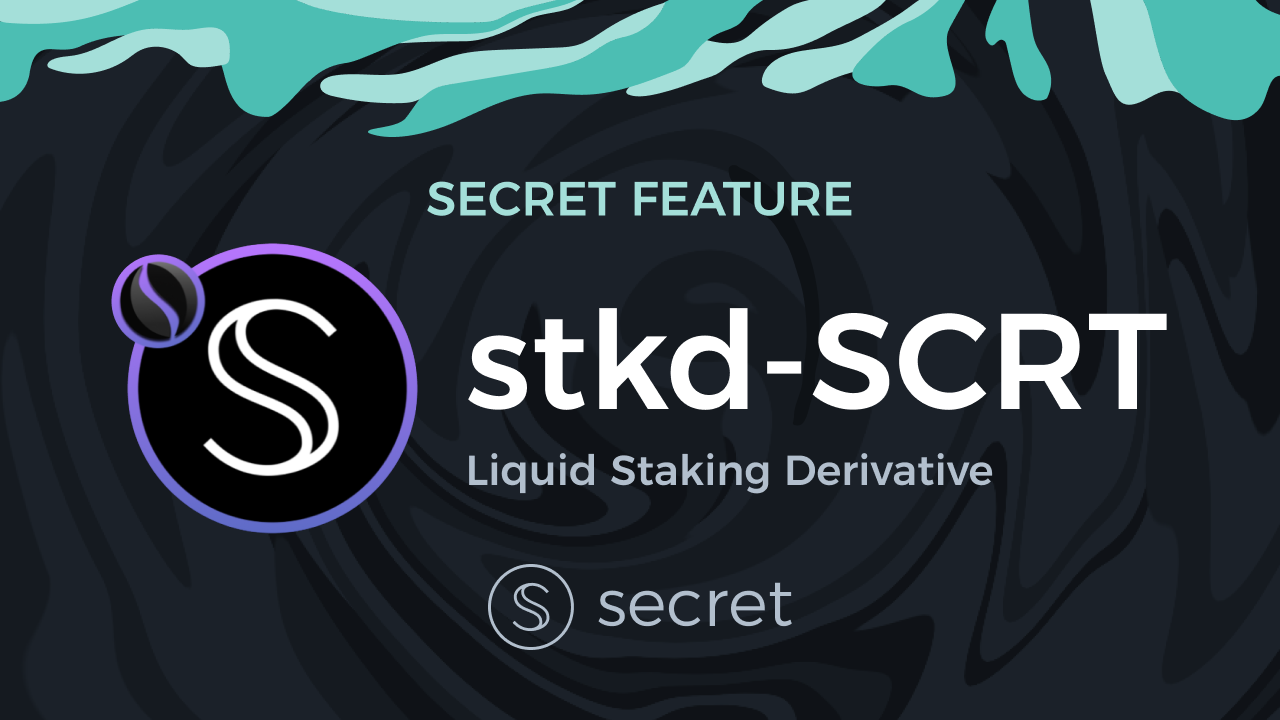 Hello to the Secret community! Today we're featuring a new product with the potential to scale Secret DeFi dramatically.

When stkd-SCRT are redeemed, they are burned in return for the originally deposited SCRT and respective accumulated staking rewards after a 21 day unbonding period. With stkd-SCRT, a percentage of staking revenue goes directly back to Shade stakers and the ShadeDAO — creating an additional sustainable revenue stream for SHD holders!

Shade Staking derivatives, starting with stkd-SCRT, are partnering with Sienna (a DEX / AMM) to create a place for users to liquidity provide their staking derivative tokens while also passively earning staking rewards. Users can now directly acquire stkd-SCRT without having to mint it - empowering them to seamlessly enter and exit a staking position!

Currently on SiennaSwap there are multiple ways to earn both staking rewards and LP rewards using stkd-SCRT for liquidity providing:

Earn LP rewards, trading fees, and staking rewards (from stkd-SCRT) - amounting to an excellent yield for anyone interested in participating in Secret DeFi!

Shade staking derivatives apply a 0.20% fee on minting, and a 0.05% fee on redemption. The ShadeDAO will use the fee revenue stream to help generate more liquidity on DEXs for stkd-SCRT pairs, creating sustainable protocol owned stability and a better user experience. With the intentional design of the feedback mechanism, by purchasing or creating Shade liquid staking derivatives you are helping grow an entire ecosystem of privacy-preserving DeFi products on Secret Network!

Shade is made up of interconnected privacy-preserving DeFi apps built on Secret Network. Among their flagship products is Silk, an algorithmic stablecoin that hides transactional data by default. The same can still be revealed when there is mutual trust among the involved parties. As well as Silk, Shade is also looking into creating unique synthetic assets, which also hide transactional data by default.

The launch of stkd-SCRT by Shade Protocol is right in line with the reveal of Shockwave in early January of 2022. With more products being funded and built, more creators launching on Secret Network, and more supporters and partners than ever helping to ensure our global growth, the future has never been brighter for Web3 privacy.