Secret is Headed to DCENTRAL!

As you may have already heard, Secret Network is headed down to Austin for DCENTRAL on June 7th-June 8th! We have a lot planned for our time at DCENTRAL, so keep reading to learn more. 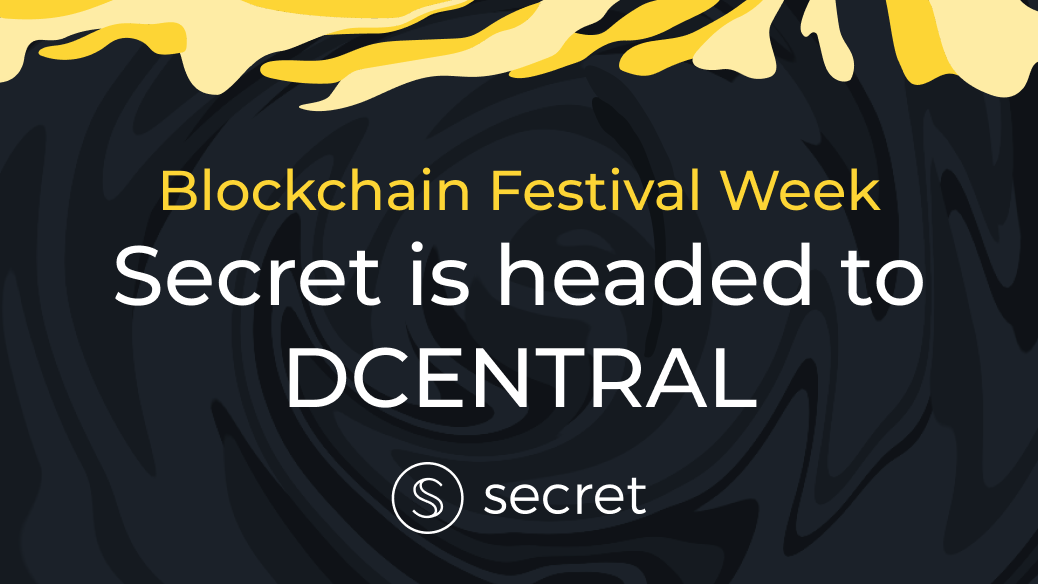 Secret Foundation, SCRT Labs, and Legendao will be represented well at DCENTRAL. Secret Network is a primary sponsor for the convention, and we'll be front and center during the entire event. We're excited to tell the world about SCRT, but right, for now, we'll settle for telling everyone at DCENTRAL! This includes speeches from several prominent network contributors!

Tor Bair will spread the word about Secret Network and what makes us primed to be THE privacy hub for Web3!

Carter Woetzel will be speaking about Shade Protocol, Silk, and their place in the Secret ecosystem.

We'll have a booth staffed throughout the conference, so be sure to stop by and say hello! There might also be a confidential mission for our agents in Austin, keep an eye on our Twitter feed for that announcement 👀 🤫

What else to expect at DCENTRAL

Although we think Secret is a pretty big deal and could continue to talk about us, we would be remiss if we didn't mention all the great things planned for the general conference! With over 80 speakers during the two-day event, you're sure to learn tons about crypto, NFTs, the metaverse, and other intriguing emerging technologies.

DCENTRAL is the only festival showcasing and celebrating all sides of the blockchain, crypto ecosystems, Web3, and the metaverse and their wide-reaching effect on commerce, culture, and communities. They have declared this season "Web3 summer", and we're excited to help kick off what should be an exciting remainder of the year! If you can't make it to Austin, be sure to follow our social media channels; we'll be sure to keep you in the loop!

Curious about Secret Network and want to get more involved? Become a Secret Agent! Our mission is to make sure the decentralized web we're building empowers its users - and one that is accessible to all. We have several community-led committees taking on separate missions to help grow the network, so there are plenty of opportunities to get involved!