StakeEasy introduces privacy-preserving liquid staking derivatives built on Secret Network - already launched on testnet, and soon to be on mainnet! 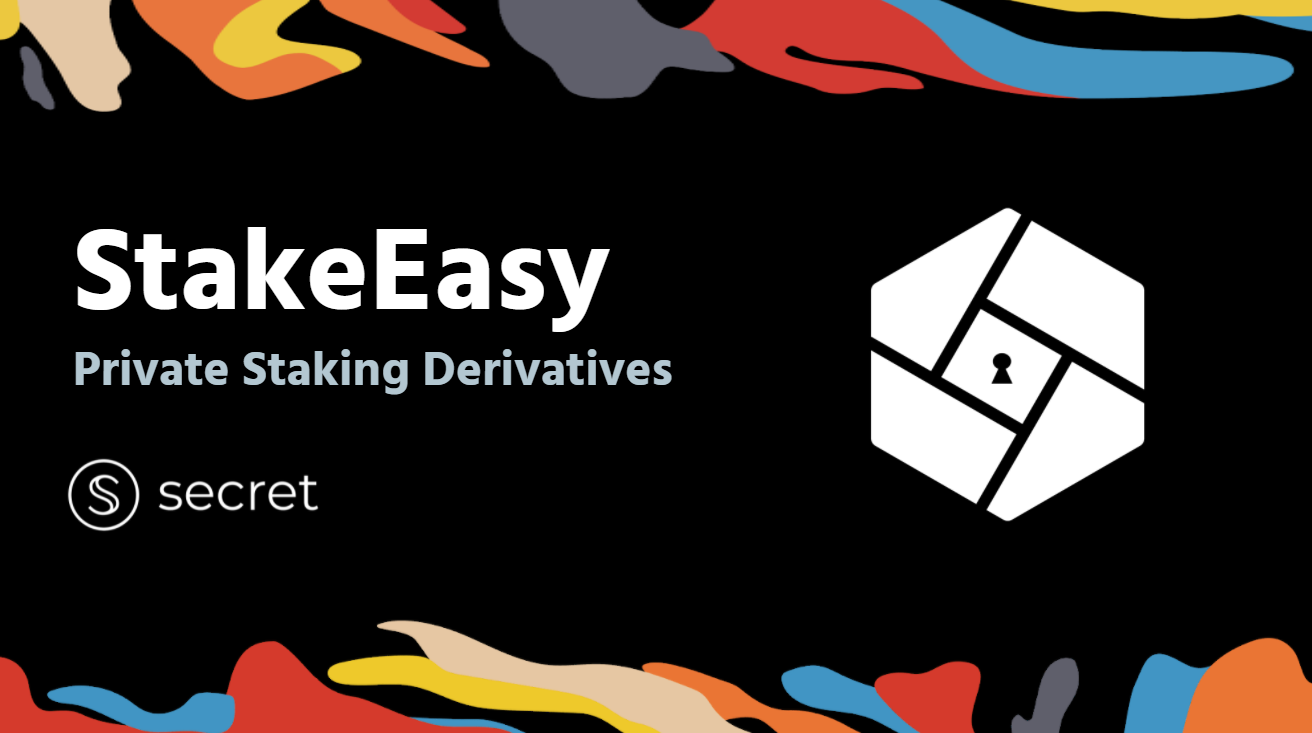 One of the most powerful features on Secret Network is staking - empowering users to passively earn APR by securing Secret Network. By locking up SCRT, users improve the security of the overall protocol, while also decreasing the actively circulating supply of SCRT. However, amidst this locked collateral is a massive amount of untapped and illiquid value. With over 125M SCRT currently staked, this amounts to over ~$600,000,000 of locked value on Secret Network.

What if there was a way to put this locked collateral to work separate from just staking it?

Enter privacy-preserving liquid staking from StakeEasy. Users will have the opportunity to lock up SCRT and mint seSCRT - a liquid token that is a claim on the underlying locked SCRT collateral and staking rewards while also being usable for trading and liquidity providing on Secret Network DEXs.

Delegators can use the staking derivative token even further by depositing the seSCRT in another DeFi protocol to accrue more yield via the following potential use cases:

Staking derivatives are a powerful product made even better by the power of Secret Contracts and Secret Network. The following are key features that are enabled by StakeEasy unique staking derivatives:

During February, the StakeEasy testnet is under public beta testing for users to participate in. The testing phase of StakeEasy has airdrop rewards for participants, as well as whitelisted rewards so be sure to join in on testing! In mid-March, StakeEasy aims to launch on mainnet. More details on the mainnet launch will be released by the StakeEasy team, so stay tuned! After mainnet launch, StakeEasy will be targeting integration with lending platforms and DEXs on Secret Network.

Be sure to join the StakeEasy community to stay up to date with the most recent news and development!

The launch of StakeEasy is right in line with the reveal of Shockwave in early January of 2022. With more products being funded and built, more creators launching on Secret Network, and more supporters and partners than ever helping to ensure our global growth, the future has never been brighter for Web3 privacy.