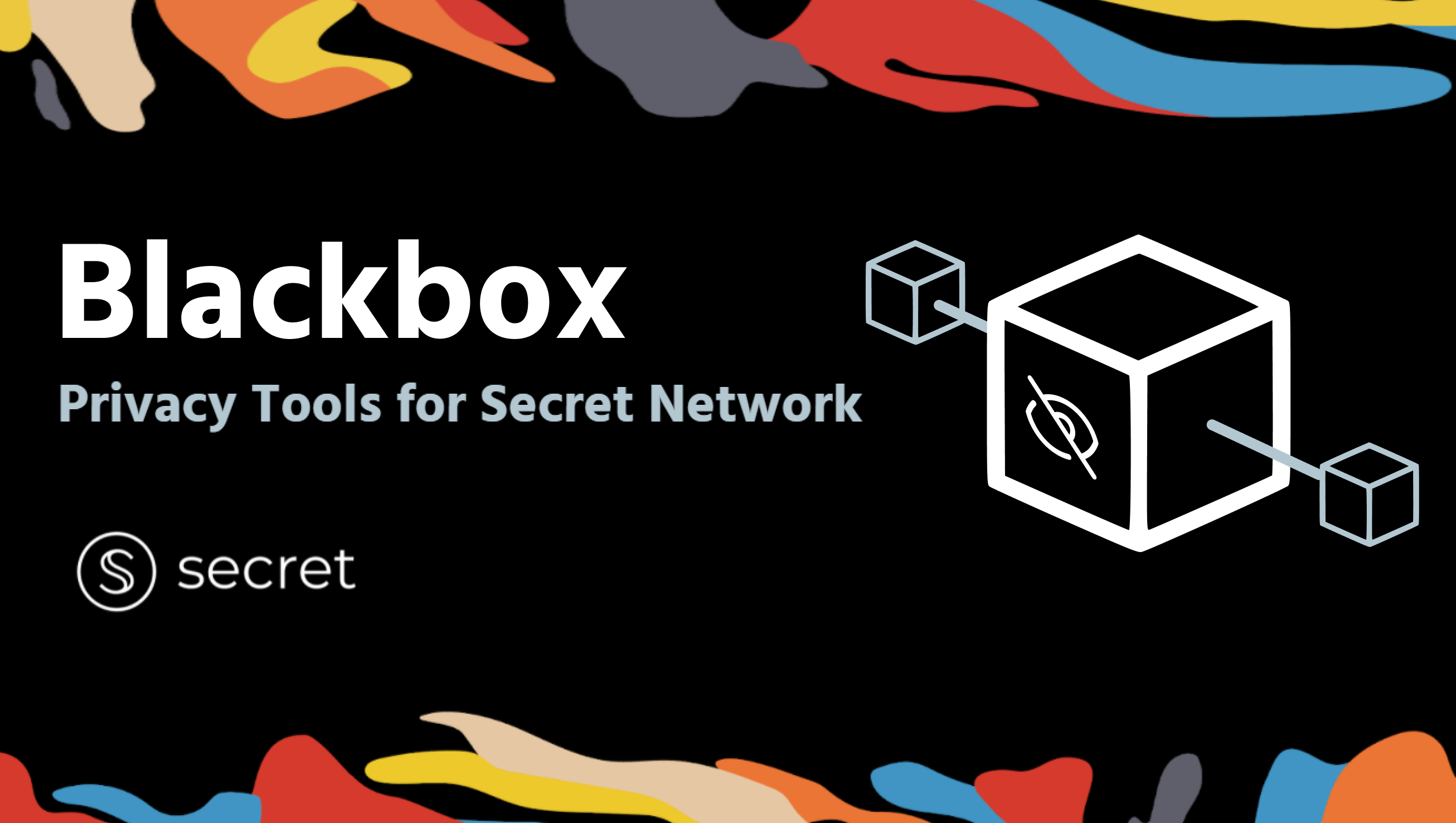 After countless hours of hard work, the Trivium Node team has officially launched Blackbox - a collection of Secret Apps that brings together privacy and convenience with a set of simple tools for everyday users on Secret Network.

Blackbox provides "Cloak" and "DeadDrop" functionality on Secret Network - empowering users to privately seed new wallets without ever needing to use Secret Network gas while also acting as a mixer. Blackbox also brings "Secret Aliases" to Secret Network. Previously, transactions were kept private, but a user would still need to provide their public address to a sender in order to make a transaction.

"It’s no secret that blockchains in general have a privacy problem. Public by default ledgers, while making strides in removing the power from institutions that have the power exert incredible abuses onto their users or citizens, have sacrificed the most fundamental element we had hoped to keep out of their clutches. Secret Network, along with a small dedicated band of other chains have been working to reclaim what has been lost. However, while the network is incredibly powerful, tools must be built to ensure its private features are convenient enough for everyone to make regular use of."

Cloak functionality, made possible by Blackbox, empowers users to easily seed a new wallet with SCRT gas without a trace, escaping doxing with no link to your old address. While Secret wrapped tokens (sSCRT) can be sent to another wallet privately, you still need to get SCRT gas to begin your fresh start with a wallet. Because native SCRT transactions appear publicly on chain, sending it yourself can create a link to your own wallet that strips you of your new anonymity.

Cloak accomplishes the seeding process by acting like a mixer, but with some extra perks that are impossible on other chains. Cloak pools together transactions in the form of sSCRT, and once the pool reaches a certain threshold of contributions, Cloak converts the pool of sSCRT to SCRT and sends this SCRT to the destination addresses - seeding the addresses for usage.

Because transactions enter the Cloak pool as sSCRT, the sender addresses cannot be flagged and associated with the destinations, giving the added benefit of enabling users to send as many tokens as they’d like, as opposed to other mixers which need to use preset amounts in order to prevent any transaction from standing out.

The randomization of the distribution threshold also adds a layer of difficulty for any bad actor attempting to strip the anonymity from users by filling up all but one slot in the pool.

To use Cloak, enter the address of the wallet you wish to receive the gas from, as well as the amount you want it to receive. Press send, and Cloak takes the amount you entered in sSCRT from Wallet A, and sends it to the mixer pool along with a small sSCRT fee after you sign the transaction. There, it will wait to be converted to SCRT and sent to Wallet B.

In the early stages of Blackbox with potentially low volume, the mixer pool cycles can take multiple days. In the future, with more users the mixer process will complete significantly faster. Users will have the ability to cancel their pending transactions and every transaction sent from the user's wallet address will be removed from the pool and returned to them, minus the transaction fee.

On Secret Network, users can avoid a third party’s prying eyes using the private Snip-20 tokens to send and receive payments, but this still leaves one privacy vulnerability open: The entity the user is transacting with. In order to receive tokens, users need to provide their address to a sender. True anonymity cannot be accomplished unless this small step is bypassed.

DeadDrop solves this by empowering users to create aliases that a sender will use in place of the user's address when they are sending tokens to that user. The alias/address pair is stored inside the encrypted contract, so when the contract receives the tokens along with the alias, it is able to instantly match it to the correct wallet and relay it forward, all while the sender is unable to determine the link between the alias and the encrypted public address.

To start, users can generate an alias by selecting “Receive” at the top of the DeadDrop control panel. Here users can register an alias for themselves that they can safely give to others when they wish to receive tokens. If left blank, a randomly generated alias address will be created for the user to use instead of a custom alias.

When given someone’s alias, users can send tokens to the alias by using the “Send” panel. First, the user will select their preferred token. Users can do this by clicking the SCRT icon (the S inside the circle) and it will pull up a menu of all of the available tokens currently registered to work with DeadDrop.

Users will then simply click the token they want to use,  and then they will simply enter the alias of the person you wish to send to!

The creation of Blackbox is right in line with the reveal of Shockwave in early January of 2022. With more products being funded and built, more creators launching on Secret Network, and more supporters and partners than ever helping to ensure our global growth, the future has never been brighter for Web3 privacy.