We're on the road to Austin, Texas for Blockchain Festival Week! 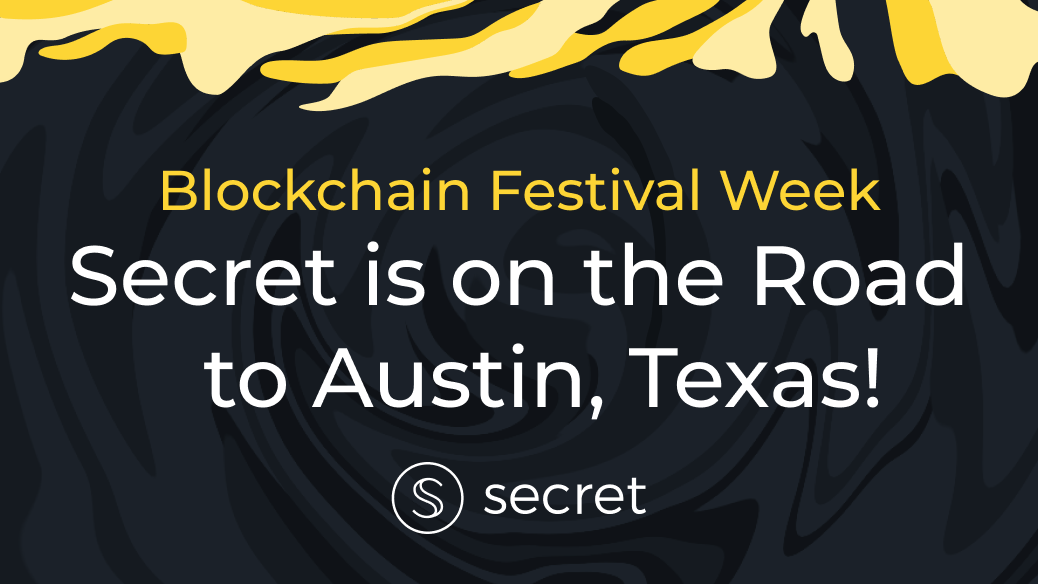 We can't keep the Secret to ourselves...

We'll be in Austin for Consensus Festival Week, and we're bringing a special guest! Keep reading to find out who it is! 🤫

Blockchain Festival Week is just a few short weeks away, and we're excited to let you know all the cool things planned throughout the week. Secret will be on the ground in Austin starting June 6th!

Here's some of what we have planned for that week:

Secret Foundation, SCRT Labs, and Legendao are primary sponsors for DCENTRAL 2022, running from June 7th-June 8th. DCENTRAL focuses on how blockchains, NFTs, and DAOs can be incorporated into emerging technologies, like the metaverse.

We're building Web3, and DCENTRAL brings a variety of architects together to share some great ideas! That includes our own Tor Bair, Founder of Secret Foundation, who will take the stage and let the community know why Secret is primed to be Web3's privacy hub. If you're going to be at DCENTRAL, keep a close eye on our Twitter feed.

We're also hosting a Secret party the night of June 8th, which will be attended by the Director of "KillRoy Was Here"...the one and only…Kevin Smith! There's even going to be some exclusive "Secret Swag" for a lucky few. That's all we can say for now, but stay tuned for some upcoming surprises.

If you're going to be in Austin, let us know! If you can't, we still want you to be involved! Be sure to check our Twitter, Instagram, and YouTube throughout the week of June 6th for updates about what's happening in Austin!