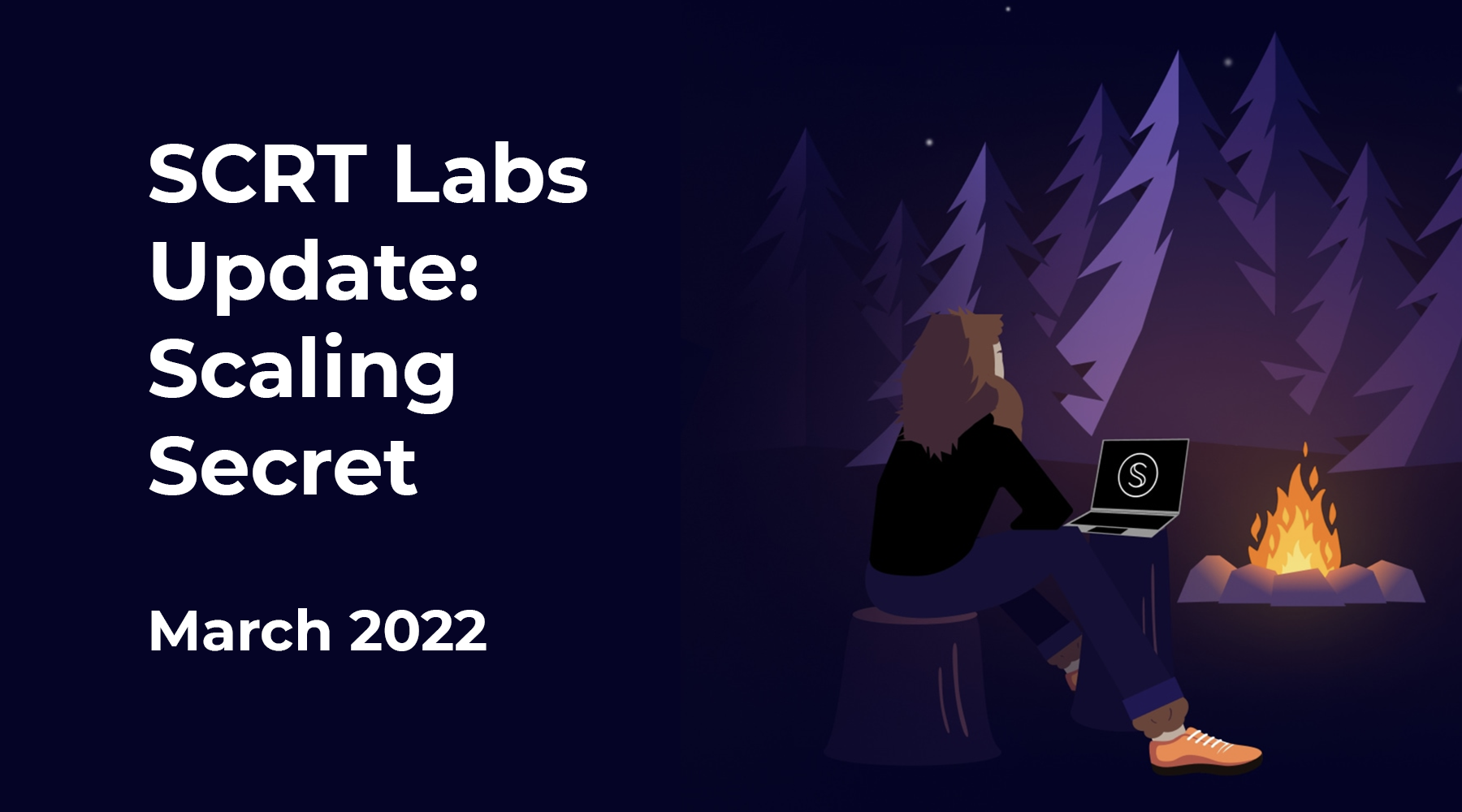 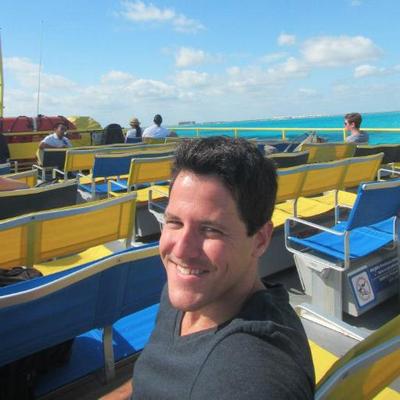 Hello to the Secret community from SCRT Labs!

This post covers major recent and upcoming network improvements in response to high on-chain demand that has led to some scaling issues experienced by Secret users. Read to learn about our four biggest recent network improvements, SCRT Labs' work on upcoming upgrades, and why we’ve never been more excited about Secret Network’s potential as a universal privacy hub for Web3!

Over the past six months, the Secret Network ecosystem has exploded with a variety of different projects and added hundreds of new users. In our industry, this is generally known as “a good problem to have”. For users, however, it can cause many actual issues as network contributors and infrastructure race to meet new levels of demand.

Periods of high demand on any blockchain often cause UX issues, especially when many users are all rushing to complete the same action on-chain. Secret is no exception: recently we’ve seen airdrop claims, popular NFT drops, and high market volatility lead to perceived slowness or unresponsiveness.

Secret Network features never-before-built technology for protecting data privacy. This functionality is what allows developers to deploy applications that aren’t possible on any other blockchain. It empowers users with privacy protections that we believe should be required in Web3.

Still, since our technology is new and different, we are constantly solving problems that have not been solved elsewhere. With that in mind, Secret Network itself has not halted or broken. Many of these challenges were to be expected with increased demand. Our main goal at this time is to address this colossal growth by implementing short-term and long-term improvements focused on network scalability and a dramatically improved UX.

We've taken major steps in a protracted amount of time in order to address our users' valid concerns because we want to make sure using the chain is as efficient and as cost-effective as possible.

Four immediate improvements have been recently implemented. We’ve already seen positive results with some of the latest high-traffic events (including NFT mints):

During times of high network demand, like an exciting NFT drop, users reported that they could not view their balances on Keplr.

We analyzed the issue and discovered that Secret Contracts cannot process transactions and queries in parallel. Moreover, queries cannot process in parallel. The stringency of default LCD connection timeouts unfortunately served to compound the issue.. That's why nodes that were serving a lot of queries had a hard time keeping up with blocks and returned stale results or simply timed-out. This resulted in an unacceptable user experience for everyone on the network.

Bright blue - Cluster A serving 20k queries per hour at an average of 1.79s per query

Red - Cluster B serving 20k queries per hour at an average of 1.62s per query

Dark blue - A single query node serving 20k queries per hour at an average of 0.213s per query

It's important that wallet software remains responsive even when an app or the network has issues. Keplr is the wallet standard for the Cosmos blockchain, so SCRT Labs has collaborated with other Cosmos ecosystem partners in order to fix a problem affecting the entire network with this specific wallet.

Keplr has historically used a single infrastructure provider for their Secret Network nodes. This has led to situations where the infrastructure provider could not keep up with the peak loads from both Keplr and other network apps, leading to outages. Even worse, since both Keplr and the apps suffered, these situations appeared to be a network wide defect.

To address this issue, we and our partners have implemented a new infrastructure solution for Keplr. This solution involves global load balancing, caching optimization and smart rate limiting.  These fixes reduce the load that hits the nodes themselves.

Implementation of this improved Keplr infrastructure along with our new query nodes have led to a 30-50% reduction of traffic, resulting in faster and more acceptable response times.

In the past couple of months, we saw the release of two new apps that utilize heavy cryptographic operations:

These two apps on their own caused block times to stretch from the target block time of 6s up to 90s or more.  This highlighted the fact that our gas metering mechanism should be better adjusted to reflect real world resource consumption (namely, processing time).

To fix the core issue requires a software change and a hard fork.  In the meantime, some community members suggested lowering the block gas limit in order to get more consistent block times.

In response to this request,  we submitted an on-chain proposal to lower the block gas limit from 10M to 4M: https://www.mintscan.io/secret/proposals/76.

However, the limit was found to be too restrictive when trying to upload a new NFT contract.  To correct the situation, the ChameleonVille team proposed to increase the block gas limit to 6M:  https://www.mintscan.io/secret/proposals/80

Transactions on Secret Network are usually processed by the Keplr wallet which overrides the gas price that’s provided by the app.

Keplr has not at this time updated their gas prices to be reflective of the current market - the last time these values were updated was in 2020.  This causes users to pay fees that are way above what's needed to get  their transaction accepted.  The market has drastically changed since these prices were set.  The network has evolved and validators have lowered their accepted gas prices. To reflect this reality, we submitted a PR to Keplr to lower the default gas price by 2.5x. The changes should take effect within the next few days.

We at Secret Labs would like to express a huge thanks to all of the community members who researched  the currently accepted gas prices by validators!

Fortunately for users and developers, these are just first steps towards a much more scalable Secret - and we can now also look forward to a better process for handling upcoming network upgrades which will introduce further improvements.

As a result, the flow of future upgrades should look like this:

Some implications of this new upgrade method:

User experience for validators is important too!

While we are working on adding CosmWasm v1 to Secret Network, a quick step we can take to improve the performance of v0.10 contracts is to backport the crypto APIs from CosmWasm v1. These new APIs delegate heavy cryptographic computations outside the WASM engine, which is good for performance for a few reasons:

The new functions that will be available to contracts:

Note that ed25519_sign() & secp256k1_sign() are unique to Secret Network, as Secret Contracts allow generation and usage of private cryptographic keys!

Our intention is to upgrade the chain with these new APIs sometime in April.

When initially developing secret contracts we had to make a choice on which WebAssembly (WASM) engine to use. We decided to go with wasmi - a slower, older engine that was made for SGX (the core technology that enables privacy) - rather than undertaking long development to adapt a more performant engine. It was a good decision at the time, as it allowed us to launch faster, though now we will have to catch up the tech to match adoption.

Our intention is to replace our current WASM engine, Wasmi, with the vanilla CosmWasm’s WASM engine, Wasmer. This is going to be a difficult task, since as you can imagine the engine that runs our smart contracts is tightly integrated with many system components. Still, we’re confident that we will be able to make this transition, and we’re aiming for a Q4 release for this feature.

These network improvements are all part of our vision for Shockwave, announced in early January of 2022. With more products and tools being built, more creators launching on Secret Network, and more supporters and partners than ever helping to ensure our global growth, the future has never been brighter for Web3 privacy.