Secret Network has completed the implementation of Band Protocol to bring decentralized and scalable cross-chain oracles to Secret - with support and documentation officially live! 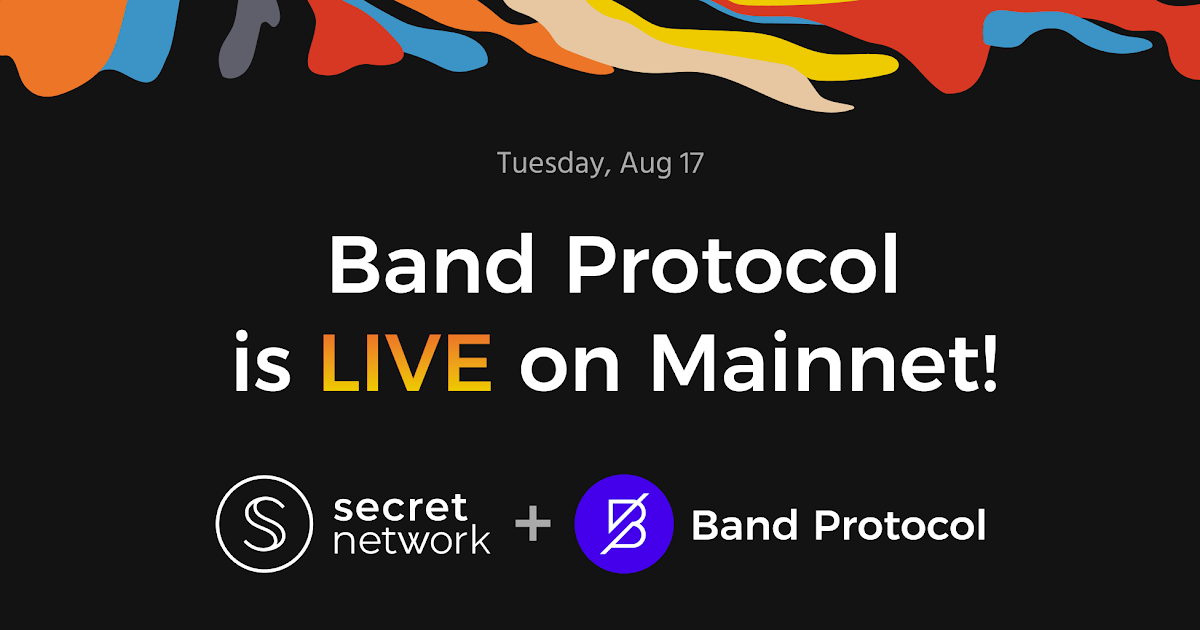 Secret Network has completed the implementation of Band Protocol to bring decentralized and scalable cross-chain oracles to Secret Network - with documentation and the oracle price feed being officially live on mainnet.

Band Protocol supports unrestricted access to 175+ price feeds, empowering the next generation of Secret DeFi dApps and tools by connecting trusted off-chain data from institutional providers, directly to Secret Network. Specifically, there is oracle support for foreign exchange rates (22), commodities (2), and cryptocurrencies (199). With the implementation of Band oracles, Secret Apps built on Secret Network will be empowered to use a wider range of decentralized price sources, creating even better and more powerful use cases with secret contracts.

The utilization of Band Protocol enables secret contracts to have access to data sources outside of the Secret Network protocol. This will be critical for the development of Secret Apps that are focused on data marketplaces, credit scoring, lending, insurance, synthetic assets, derivatives, stablecoins, staking derivatives, and DEXs (such as SecretSwap).  All of this is made possible via Band Protocol’s cross-chain data oracle network on BandChain - a highly secure and scalable blockchain for off-chain sourcing, aggregation and reporting.

The prices retrieved from Band Protocol are the median of the values retrieved by BandChain’s validators from a variety of sources including CoinGecko, CryptoCompare, Binance, CoinMarketcap, HuobiPro, CoinBasePro, Kraken, Bitfinex, Bittrex, BITSTAMP, OKEX, FTX, HitBTC, ItBit, Bithumb, CoinOne. Along with the price data, developers will also have access to the latest timestamps for when the price was last updated. These parameters are intended to act as security parameters to help anyone using the data to verify that the data they are using is what they expect and, perhaps more importantly, actually valid.

"Band Protocol documentation and oracles on Secret Network helped speed up our oracle contract development with the DeFi product we are building. With Band Protocol oracles live, sky is the limit for what can be achieved with DeFi and Secret Network. Stay tuned." -anonymous

Are you interested in using Band Protocol to develop Secret Applications on Secret Network? If so, there are a variety of options available for developers to get directly involved and building!

The Secret Network Grant Program is originally funded with 20M $SCRT- currently worth ~$20,000,000. For simplicity, proposals are split into three categories: Secret Apps, for everything that is directly built on top of Secret Network; Ecosystem, for tools that expand Secret Network and improve general usability; and Network improvements, for major upgrades to the network itself.