Shockwave Alpha - our first major mainnet upgrade since Supernova launched in November 2021 - is officially live! This milestone brings new features that will further cement Secret Network as the privacy platform for Web 3. 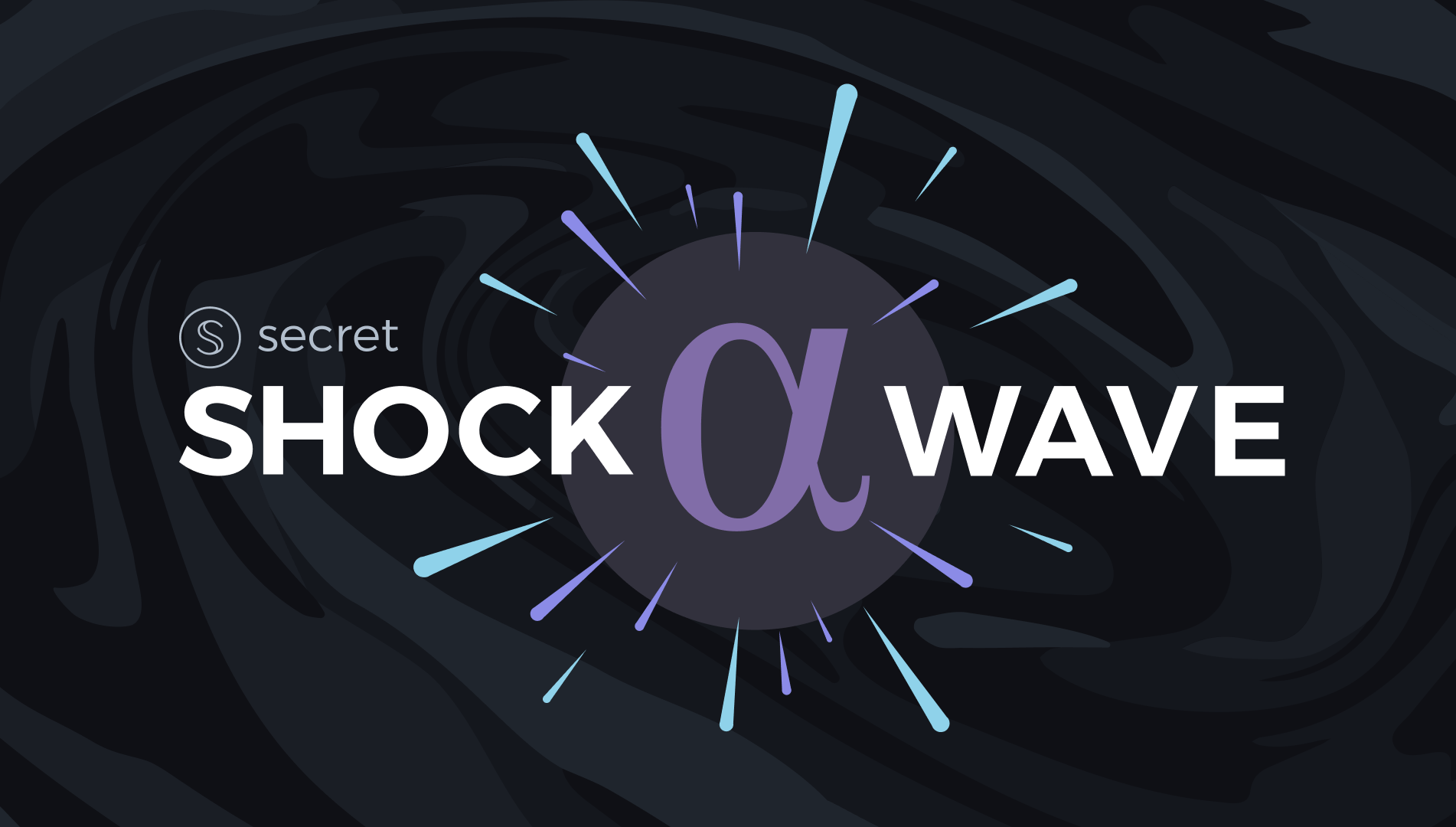 It's been just over six months since the successful deployment of the Supernova upgrade. Shortly after this network improvement, our new Shockwave phase began, with growth and interchain interoperability being crucial goals. Since then, the brilliant engineers at SCRT Labs have been hard at work preparing for Shockwave Alpha - a major mainnet upgrade that dramatically improves network performance, introduces state sync, and primes Secret Network to take full advantage of all IBC has to offer.‌‌

Today we’re proud to share that Shockwave Alpha has officially (and successfully) launched! Our thanks go out to the entire validator community of Secret Network who helped with the stability and security of this upgrade.‌‌

What can users expect from Shockwave Alpha? ‌‌

What does this mean for Secret?

Shockwave is all about explosive growth, and the Alpha upgrade has several key upgrades that will significantly affect user experience. These are key base-layer network improvements that allow Secret Network developers more creativity than ever before without sacrificing user experience. Here's what you can expect: ‌‌

SCRT Labs has designated specialized querying nodes designed to take the burden off of transaction processing by balancing load responsibility. With Shockwave Alpha launch, we aim to eliminate the days of cross-chain airdrops affecting block times and slowing down the network!

Previously, node runners needed to manually sync the .compute directory before state syncing‌‌. Shockwave Alpha now streamlines this process, automating the syncing of the .compute directory. This significant quality of life improvement will make running a node easier. Automatic syncing should help satisfy Shockwave's aim to grow the network, as onboarding and maintaining nodes just became that much easier!

Introduced in Cosmos' Theta upgrade, Interchain accounts improve the functionality and interoperability within the IBC ecosystem by allowing for more than simple token transfers between networks.‌‌ If you're not familiar with IBC, think of it as a standard that allows blockchains to communicate more effectively.

Since the introduction of IBC, some chains have already added Interchain capabilities, enabling interactions with other IBC chains. Shockwave Alpha is our first mainnet upgrade since the global introduction of Interchain accounts, making it the first opportunity for us to add this functionality!

The Supernova upgrade first introduced Secret's IBC integration, and Shockwave Alpha furthers this match towards interoperability. The adoption of IBC connected Secret Network with blockchains across the Cosmos ecosystem, allowing SCRT to be used in cross-chain Cosmos applications. Now we lay the foundation for activating Interchain accounts, allowing for the most seamless user experience across IBC chains. This addition will eventually extend Secret Network's unique privacy features to the Cosmos ecosystem.‌‌

Implementing this upgrade keeps Secret users connected to the IBC ecosystem, breaking through the silos that previously limited Interchain activity.

These upgrades will create momentum, spurring innovation and growth until we hit Shockwave's second major mainnet upgrade, Shockwave Omega. A shorter upgrade cycle means that every new feature does not need to be rushed and jammed into one upgrade. As a result, Shockwave Omega, expected to be the last mainnet upgrade during the Shockwave phase, will include a few upgrades that didn't make the Alpha stage of Shockwave:‌‌

In the meantime, the building won't stop! Expect to see many small yet impactful changes made before Shockwave Omega is ultimately deployed - as well as many new product and ecosystem announcements. In the meantime, be sure to stay tuned for any updates here on the Secret Blog and Twitter!

Want to get more involved? Become a Secret Agent! Our mission is to make sure the decentralized web we're building empowers its users - and one that is accessible to all.