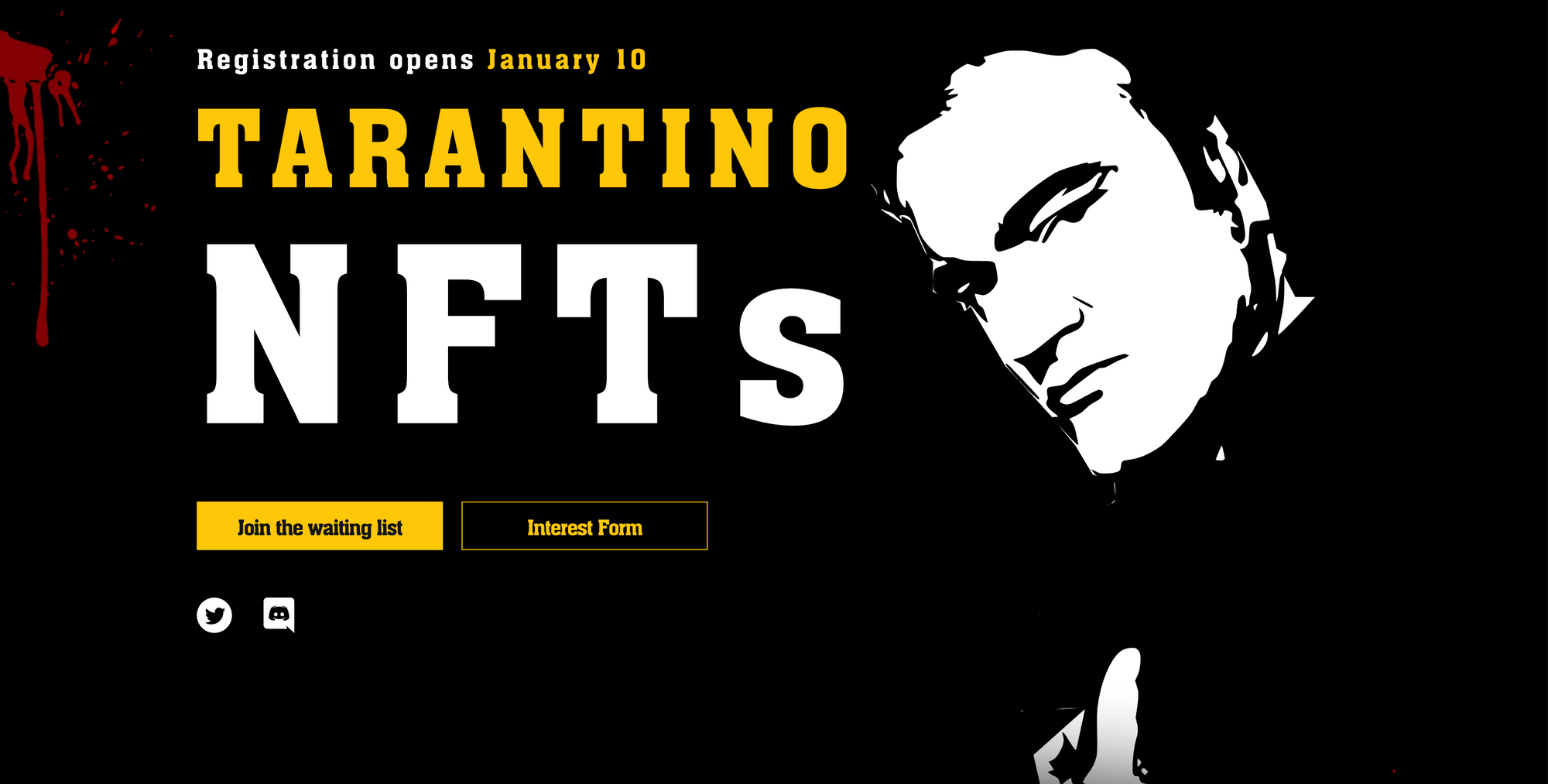 LOS ANGELES, Nov. 2 , 2021 (GLOBE NEWSWIRE) -- Quentin Tarantino, the award-winning director, screenwriter, producer, author, film critic and actor, on the heels of his lifetime achievement award at the Rome Film Festival, today announced he will auction off 7 uncut Pulp Fiction Scenes as Secret NFTs. The NFTs are built on Secret Network, the first Layer 1 blockchain with privacy-by-default for applications. SCRT Labs, the core development company behind Secret Network, will support this NFT drop, which showcases some of the network’s revolutionary native privacy and access controls. The initial auctions will occur on OpenSea, the world's largest NFT marketplace.

Each NFT at auction contains “secret” content viewable only by the owner of the NFT, a groundbreaking and unique feature enabled by Secret NFTs. The secret content itself is one-of-a-kind, has never been seen or heard before, and will include: the uncut first handwritten scripts of “Pulp Fiction” and exclusive custom commentary from Tarantino, revealing secrets about the film and its creator. The public metadata of the NFT - the “front cover” of this exclusive content - is rare in its own right: a unique, never-before-seen, public-facing work of art.

“I’m excited to be presenting these exclusive scenes from PULP FICTION to fans.” Tarantino says. “Secret Network and Secret NFTs provide a whole new world of connecting fans and artists and I’m thrilled to be a part of that.”

Many of Tarantino’s films have garnered a cult following, but Pulp Fiction stands out as a $213.9 million success crafted from a humble $10 million budget. The film is critically acclaimed, having won the Palme d’Or at the Cannes Film Festival and earning seven Academy Award nominations, including Best Picture. Tarantino also took home the Oscar for Best Screenplay.

Secret NFTs - unique private-by-default non-fungible tokens issued on Secret Network - are reigniting conversations in the art community around public and private access to content. To date, all NFTs propagated on Ethereum and other popular public-by-default blockchain networks rely on public-facing metadata. In other words, the images featured within the NFT wallet of collectors are visible to all, with no choice available to the creator or owner. Secret NFTs change all this, enabling NFTs to contain both public and private metadata as well as giving the choice to the owner between publicly displaying ownership - or keeping it secret.

“NFTs could be THE most disruptive technology to come out of this decade,” said Guy Zyskind, Co-founder of Secret Network and CEO of SCRT Labs. “The art community is alive with innovation and the media is actively exploring all the potential use cases associated with the technology. Now, we have privacy and access controls courtesy of Secret Network. Ultimately, that will enable a whole litany of new potential use cases.”

Secret NFTs dramatically expand the potential use cases for NFTs. Developers and artists can use its underlying technology to create NFT assets with private owners and native access control. In the art world, Secret NFTs could be used to set up private galleries, maintain financial privacy for artists, or conduct sealed bid auctions. Digital media could use Secret NFTs to create watermarked content or to protect exclusive or gated content. Game producers could tap Secret Network to create loot boxes with mystery content, deploy playable trading card games with hidden traits, or design RPGs with far more engaging strategic gameplay relying on imperfect information. In the “real” world, Secret NFTs could be used to represent digital ID cards and passports with hidden personal information, receipts for luxury items and properties, and ticketing systems for events.

Secret Network unlocks use cases like NFT art with embedded secret links to any piece of digital content, such as: high-quality images, game items with hidden abilities, and other unique functionality for creators and collectors. Privacy oriented NFTs allow existing artists a unique opportunity to transition into NFT artwork while still retaining the core value proposition of traditional art: namely, the ability to privately own, lease, and sell said art.

Secret NFTs were designed based on the Ethereum ERC721 and CosmWasm 721 token standards, and they share the typical characteristics of standard NFTs. For more information on Secret NFTs, read this informational page: https://scrt.network/about/secret-nfts

For more information on Secret Network’s premier drop, and future reveal of their collection and subsequent auction, visit their current website here. The secret will be revealed soon.

Secret Network is the first blockchain with data privacy by default for smart contracts, allowing you to build and use applications that are both permissionless and privacy-preserving. This unique functionality protects users, secures applications, and unlocks hundreds of never-before-possible use cases for Web3. First launched on mainnet in February 2020, the network is supported by dozens of independent development companies (including the SCRT Labs core development team), world-class “secret node” operators, and thousands of Secret Agents around the world helping to advance the cause of data privacy for the decentralized web.